Lets spread the good news together.

People sharing about the help they have recieved.

One of the unique things about the Gideon bibles is the help they provide in times of need.

In August 2018 I contacted the Gideons International from here in the USA for someone to give my brother Dean in Christchurch New Zealand a bible. The letter was forwarded on, and a NZ Gideon from Christchurch contacted Dean and popped in. Dean was battling horrific cancer. It took him from over 90 kg to 52.3 kg at his death on October 16th. He won the battle, but the after-effects were devastating on his body. He would never be able to eat by mouth again. He was a fighter and wanted to survive but he succumbed to pneumonia and heart attack. 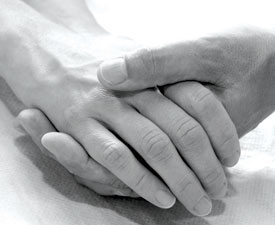 However, the Gideon man I wanted to name him, but he asked me to just say a NZ Gideon helped. He became who my brother looked to as his best friend. He loved him unconditionally visited him in and out of the hospital and saw him the night before he died even doing some housekeeping for him. When my brother battled drugs, this man was there. He saw the fruit of his labour with my brother turning his life around and went to be with his Lord and Saviour in peace. I want to name him but he like my brother became was a man who drew no attention to himself. The Lord tells us to honour those who are deserving of praise and this man is. My brother loved him and knew he had found a real friend to the end.

A patient lay dying in Greenlane Hospital. Realising the seriousness of his condition he asked the night nurse if he could speak to a minister. Unable to contact a minister the nurse asked the man if she could help him, to which he responded, yes. From her Nurses Gideon New Testament, the nurse read from John 14. 1-6 and explained how Jesus is the way to the Father’s house of many mansions, and then prayed with him. 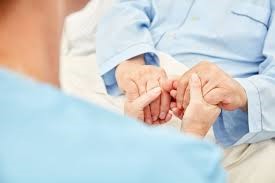 When the night nurse came on duty the next night, she noticed that the bed was empty. After enquiring from the day nurse, she was told that man had died. The day nurse also said that they thought the patient had been delirious, because in his final moments he insisted that they make sure and tell the night nurse that he had gone to his Father’s house and to the mansion that He had prepared. 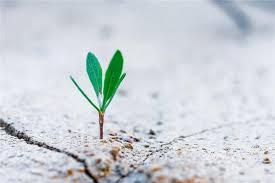 Neither my mother nor myself were Christians. I had no idea and had never been to church. My mother, though teaching at a catholic school, was not a Christian and had no interest in becoming one. We were true unbelievers. The only reason my mother had been to church was to accompany her class to Thursday church sessions. One day I was given a Gideon Bible at school. Later at home that day, I was sitting on my mother’s bed talking to her through the door while she was having a bath.

My mum started to think this was one of those games where I was going to tell her she was going to marry a man with one of those names, have 4 cars and 7 children, or such like! Mum chose Mark, so I read, Mark 4:7….’other seeds fell among thorns, and the thorns grew up and choked it, and it yielded no grain.’ As I read, she felt the conviction of the Holy Spirit. Now we both glorify our Lord Jesus. The man who handed out those NT’s 30 years ago would never have known the two lives he impacted that day.

A 17-year-old boy who lives in Browns Bay, was about to commit suicide and thought, before I do this, what can I do for my mum? . . . I know, I will tidy my room. Whilst doing this he found in his drawer, a small blue Bible given to him by the Gideons who had come to his school. He thought, I have never read this. And so, he began to read it and the Word changed his life completely, we understand. Our work is rewarded by this one life saved. 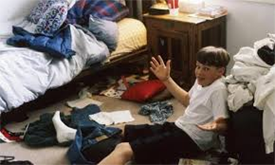 I was brought up in a completely atheist home. My father was born in 1905 and my mother in 1914, so for them to choose atheism was a serious matter. They refused to be married in a church and my mother in particular was extremely anti-God, so naturally all of us children followed suit, and I remember being instructed by my mother to refuse to sing the hymns in the school morning assembly.

My first day at High School in 1967, all of the new pupils were given a Gideon New Testament. I always kept it, and some years later when I was going through the tough teenage years, I started reading a chapter a day, promising to a God I didn’t really believe in, that I would do so if He would help me and show me that He was real. I didn’t understand a word of what I was reading—but that’s how powerful the Word of God is. The small Bible you gave me was the key to eternal life. When I was 18 years old, I became a Christian. It hasn’t always been easy for me, but I’ve always come back to the solid foundation of the Bible. I cannot express my gratitude enough. Thank you and I pray that God blesses your work.

Defeated at check-in, but delivered before check-out

One night, I sat in my hotel room, totally defeated by self and sin. Through my excesses, my health was deteriorated my family was rupturing and my business was ruined. In my loneliness and desperation, I picked up a Gideon bible and began to read. The Spirit of God used the Word of God to bring me to repentance and faith. I had entered that hotel room totally defeated. I left it the next morning wholly delivered. God’s grace in Christ had conquered my life and I went onto become a Bible teacher and then God called me into the ministry. 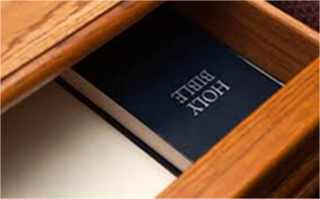 It is not the arguments of scholars that transform lives, but the availability of the Bible to seekers. This is the strength of the ministry of The Gideons.